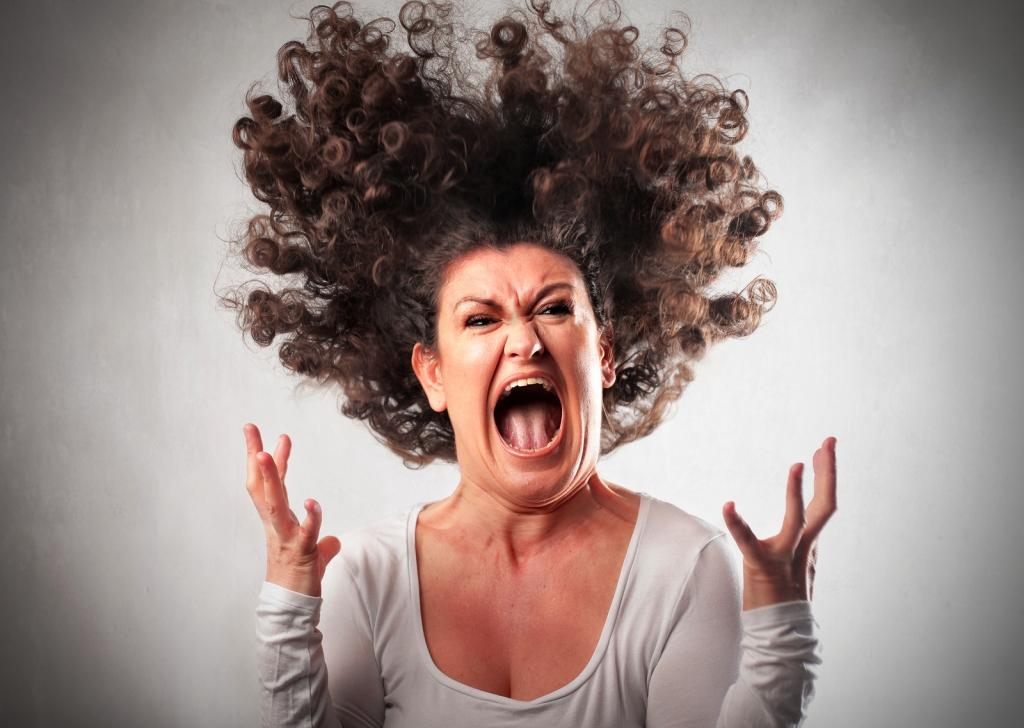 Participating on our Facebook competition, property managers shared the most terrifying and ridiculous run-ins with tenants.

Here are the top comments as voted by readers:

#1- Smashing vanity in the bathroom!

I received a call from a tradie who had been working at a property that I managed.

He called to say that the bathroom vanity was gone.

The owner was upset. I called the tenant who calmly explained that he was pumping iron in the bathroom and accidentally dropped the dumbbell onto the vanity smashing it to pieces.
~Rani Richards

I went to do a routine inspection a couple of years ago where a young single mum mixed up with the wrong crowd wouldn’t let me in. I asked why and she said her partner’s dad just died in the house and they had left him there in a bedroom for a few days while they worked out how to pay for his funeral.

I backed away from the front door pretty quickly and called the police in the car. Turns out the man was dead inside – he had been dead for 2 weeks. The police found masses of drugs, etc. The tenants ended up moving out. I did the final inspection to find eggshells, sprinkles, flour and all sorts crushed through all the carpets, curtains etc. Total mess.

Then in the back yard all their goldfish, baby snake and axolotl dead on the lawn scattered around. STRANGE!
~Kate Pascoe

The tenant had left [marijuana] out on the table on the day of the routine inspection. We flushed it and surprisingly enough the tenant had the audacity to ring and say stuff had gone missing during the inspection.

When we asked what exactly went missing they suddenly realised it was a big mistake ringing and stumbled their way through the rest of the conversation before finally mumbling that maybe they were wrong and had just misplaced their ‘lost’ item and they would have a better look and ring us back if they still couldn’t find it.
~Christine Edwards

I was doing a routine inspection once, knocked on the door a few times with no answer so I let myself in.

I was confused…there was no furniture in this house, no bed, no nothing. I went into the kitchen [and there was] not a single thing to suggest anyone was living there. Then I saw [the tenant], through the kitchen window. He was camped out under the mango tree in the backyard with all of his belongings.

I pulled up at an older-style brick and tile property to do an inspection for another property manager.

The older gentleman tenant looked ‘interesting’ but I was pleasantly surprised that the property was immaculate inside.

He was very house proud. He went to show me the outside and I was enthusiastically met by two big British bulldogs who straight away stuck their noses in my crotch. One from behind and one from the front. I tried to ignore them and finish my inspection. I enquired about the shed and the tenant lifted the door to show me inside.

To my surprise (and the tenant’s who had obviously forgotten they were there) were two cartoon posters of British bulldogs engaging in bestiality with humans.

Awkward moment for sure and both dogs were finally ordered to remove their noses.

I definitely do not want to be a fly on the wall in that house!
~Kim Bullen

I had a tenant (which I inherited from the owner) who rented a house on a triplex block. He was such a hoarder that the house was so full of [stuff], he slept in his car.

He used to pee in plastic bottles and write the date, time and sometimes comment on the outside of the bottle and keep them around the house and exterior of the property.
~Elise Walters

They keep finding me even after moving companies three times and when I answer the phone I get this: “Hey Helen, guess who? Your favourite tenants”.

Had a WOP (Warrant of Possession) served back in early 2000. The Police went through the property (a townhouse) first to ensure it was empty.

Then I started doing my final inspection while the police took photos of the damages.

Doors were ripped off to cover all exterior Windows, then the entire inside was coated with foil. The police called it ‘major paranoid behaviour’ – it was all very freaky.

More so after about half an hour when a very dirty and dishevelled man jumped through the ceiling, screaming an awful high pitched scream trying to shoot the officers with a shotgun!

Let me tell you – I have never run so fast in my entire life. Never again have I attended a WOP.
~Rachel Johnson

I have a lovely tenant who one day demonstrated to me how she cleans her teeth using Vegemite and keeps her blackened toothbrushes in the fridge. She made myself and the owners representative accompanying my hair ties and coloured in pages from a colouring book – was all very odd!
She is still there though and keeps the place lovely.
~Mat Ang Lester

I had a tenant who was $2,000 in arrears that the owner did not want to kick out.

I had issued several breach notices and I then advised the tenant that I would be submitting court documents.

He threatened to kill me and vandalise our office. The next day our phone lines had been cut.
~Sarah Kimberly