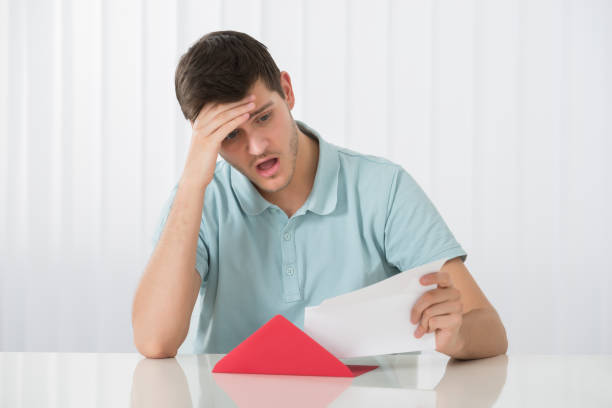 Regular late rent payers need to be dealt with differently from the average tenant who may get behind every now and again. This is simply because the serial late rent offender has a priority issue, and they don’t consider paying their rent on time a priority.

Instead other things like gambling, alcohol, drugs, cigarettes and expensive living top the list of priorities before the need to pay rent, and this is what you must deal with head-on.

And when an eviction takes up to 30 hours of work, a messy cleanup and also with the added stress involved – you’d want to do everything to avoid it.

These tips and ideas come from a Facebook competition we ran recently. We have acknowledged the people that contributed these ideas that work for them.

If a lease renewal is imminent, a short term renewal for only 3 months with a letter to the tenant telling them that during this period, if rent becomes in arrears, no further renewal will be offered has been successful in the past for me.
~Debbi Matthews

“We haven’t received any rent from you since (date), are you paying or packing?”
~Deborah Daken

I have taken a tenant to court for eviction to have him beg me to let him stay. I told him that the only way possible was to set up a direct debit and the second he missed a payment the next eviction notice would be final. The magistrate gave him a week to sort it out. That was 8 months ago and I haven’t had to serve him again.
~Krystle McGuinness

If money isn’t an issue and it’s just that their rent is due on a Friday but they pay it 3 days late because of their payday or whatever then all you need to do is ask them kindly to make a one-off payment of 3 days of rent. I also make it a condition upon accepting tenancy / signing up that they show proof of a fortnightly AP being set up. Again, take the time with these sort of nitty-gritty things at the beginning of the tenancy so they won’t become an issue during the tenancy.
~Amber Jane

We often submit a regulated form to set up a mediation hearing, this shows the tenants that we are serious and we expect rent to be paid on time. If there is any outstanding rent that needs to be paid we will get a payment plan drawn up with a clause added that if a payment is missed we can proceed straight to the tribunal for eviction.
~Kristy Wright

Nag, nag and nag more than anyone else and they will pay. SMS the first day, phone the next, email the next etc daily without missing, even after the breach is issued. I am not perfect at this, but it shows on my arrears report when I am! I am always polite as getting nasty creates bigger resistance issues. It doesn’t take long once you get on top of your easy ones.
~Tania Bowler

#7- The rent ledger tells all!

Encouraging the tenant to pay on time as the rental ledger not only helps them in new property but can be used as evidence if they are going for any type of loan (personal, car, house) and it can help them get a credit card. It’s best to always make the tenant think you’re doing them a favour!
~Cassandra Shimmen

After sending warning letters that their rent is in arrears, the last letter states I will apply to tribunal if the rent is not paid by a certain date. The important thing is to carry out the threat as it becomes a bit like “The boy who cried wolf” if not carried out. Once you have been to tribunal a plan is set and the tenant must adhere to it or move out so a paying tenant can move in. This shows to landlords that you are proactive and doing your job.
~Julie Manning

We attack tenants with constant SMS – morning, lunch and afternoon. Tenants can’t stand when we are on their backs so much and eventually they get the picture.
~Laura Stevens

Arrears letter (mail merged standard) threatening eviction, then I handwritten at the bottom that I will proceed if they don’t come into the office and sign a payment plan, works 90% of the time. Also helps if you do need to finally go to tribunal for possession if they have been on a payment plan and failed the terms. Shows the member that you really have tried in the past.
~Katie Wilkinson

My tenants never go without. If there is ever a repair or drama it’s resolved immediately, no questions asked and I explain this to my tenants before signing them up. At the same time, I also advise them not to sign the lease agreement with me if they have any intention of paying the rent late as I simply do not tolerate arrears and they’ll be evicted immediately.
~Emma Brady

Constant Text messages, phone calls, knock on the door, invite to the office for a meeting with me, then TICA warning letters, payment plans and if all that fails a regulated form to show I am not giving up.

If all that fails, it is tribunal without missing a beat…be professional – quote the RT Act and explain it to them so they get it – has to be constant it pays off. If they block your number use other staff members’ phones.
~Biddy Wheeler