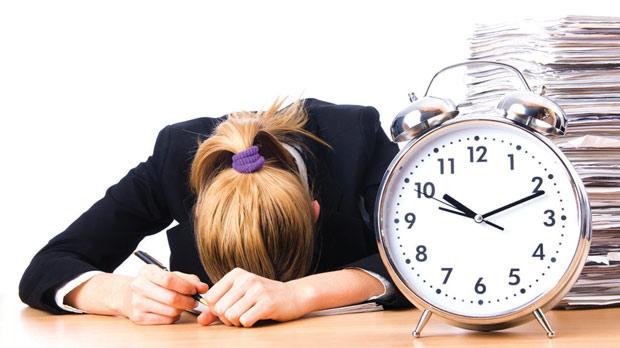 We can all fall victim to procrastination. It’s simply the deliberate delaying of something that we don’t want to do. Sometimes it is fear of someone’s negative reaction or perhaps fear of failing at a task and sometimes it is simply that we just do not enjoy that task one little bit! No matter what the reason, we still have to do it!

When you actually deal with something difficult, even if it is something that you have been trying to avoid, you often feel great and get a sense of relief once that task is behind you. Learn to crave that sense of relief and the confidence that it brings as your reason to push through and just do it!

In most cases, the thing that you fear won’t even happen or it won’t happen the way that you think it will. Stress and worry are caused when we let these fears fester and grow – so it is fair to say that procrastination is often a cause of stress in the workplace. The only way to avoid that is to simply deal with it, no matter how bad it looks and as soon as you can physically get to it! Place it into a high priority on your to-do list and nail it! Be quick and decisive.

Make a habit of dealing with your least favourite or the most difficult things first thing in the morning. Tackle them quickly to get them off of your plate and out of your mind as soon as possible. Things that get left until later often get left until the next day. Ask yourself how the thought of that incomplete or unattended difficult task is making you feel and then ask yourself how long you want to keep that feeling! Deal with the task and banish that sick feeling in the pit of your stomach as soon as possible.

#4 – Own up to your mistakes quickly.

We all make mistakes and high-pressure environments are a hotbed for oversights and errors. If you make a mistake, own up to it quickly and never hide it. Almost every issue that can occur is able to be fixed and often at no financial cost if dealt with fast! But – leave it and the problems will get worse, more complicated and difficult to fix with the passing of time, causing stress and unnecessary time wasting.