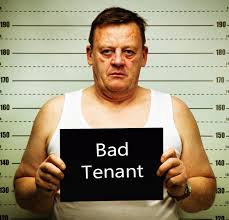 We ran this as a competition on our Facebook page, with some very amusing results!

Let’s face it, only property managers ‘get it’ when it comes to tenant selection and taking applications!

We have a unique job, and its good to have a laugh.

We hope you enjoy the best responses to this competition.

You know it’s a bad tenancy application when…

You have to use a full tin of Glen 20 after they leave the office!
~David Sewell

They send you a long email explaining they’re a great tenant but they’re going to get a crappy rental reference and it’s not their fault!
~Emily Gaunson

If the application stinks like cigarettes and is torn and stained and the only words they spelled correctly were their names, it’s not a great first impression!
~Kim Hodgkinson

When the personal reference was his cell mate!
~Rebecca Fogarty

They put their parole officer as one of their personal references!
~Leanne Straube

When they are 40 years old and have no prior addresses or rental history. They must’ve lived under a rock for all those years!
~Aileen Paton

“But I’ve rented through your agency before”, and their history shows a court order for possession due to rent arrears.
~Natasha Gray

When you call their personal reference and the first one says they smashed every wall with an axe – like that’s the best reference they had?
~Keryn Nebauer

When every reference field has the same number in it and it’s the number of the co-tenant they are applying with.
~Alex MacDonald

They can’t give you their current address or date of birth because the Rental Bond Board is stalking them!
~Sam Berryman

They have only ever rented privately and when you check the owner of that address it is not even close to the person giving the reference.
~Kaylene Thorpe

It doesn’t pass the smell test. Stinks of cigarette and is covered in grease.
~Erin Marr

They don’t know their current address, get paid $10.00 per hour for waitressing but don’t know how many hours per week they work and they don’t know any of their current or previous landlord details. Of course the spelling on the application is barely legible. Oh, and their mobile contact number only had 9 digits.
~Rhonda Haynes

They have listed every single pet they own on the pet section from cat, dog, rabbit, goldfish, lizard, bird and those funny axolotl lizard/fish things (in multiples as well).
~Claire Weggery

“I told the last property manager I paid two weeks in advance when I moved in and she wouldn’t refund it to me when I vacated. Now I’m here, pity, she was a nice person.”
~Anja Crute

“Um here is my application but you can’t call my references because they don’t speak English and I’ll just wait in your office because I don’t have a phone!”
~Lorretta Dale

The first thing out of their mouths is; ‘I’ve been knocked back for 18 houses and we are desperate!’
~Kylie Ellis

When they send a friend in to collect an application form and the friend tells you how no one will give their friend a chance because it wasn’t her fault her last rental was trashed and her boyfriend didn’t pay the rent.
~Emily James

Your applicant works as a cleaner but the landlord reference says otherwise!
~Kellie Yarrow

When their proof of ID is a passport they have forged themselves.
~Katherine Pascoe

When they ask “if I pay all of my arrears with my old agent and they take me off TICA, can I move in?” No. No you can’t!
~Christopher Morgan

When they rock up to the OFI in a clapped out old car wearing just grease stained boardies (and nothing else), chewing down the last of their maccas and greet you with “gidday luv” (a total favourite of mine) from a mouth which hosts very few teeth over a tobacco stained beard. Stinking of BO, they hand you an application that has a total of about 15 words which looks worse than the applicant and the car.They look inside the front door and say “Yeh this’ll do, give me a ring hey.” and drive off doing a burnout – just to show me how cool he is. I kid you not!!
~Kim Edwards

When they have been kicked out of their previous house by the bailiff and are now living in their car with their 10 Chihuahuas which are indoor pets. But they originally had 19 dogs.
~Peta Sanders

They appeared on ‘A Current Affair’!
~Penny Clarke

When they try to explain that the other real estate agency took them to tribunal yesterday for arrears, but it was the agent’s fault because they didn’t really owe that much. Further inspection uncovers that this same applicant also had an $8500 arrears debt with a previous agency.
“So what – you won’t give me a house at all then?”
“Sorry, but no.”
Another applicant handed over his ID and in the mix was an AVO!
~Melanie Mumberson

When they offer $50 more in rent in a bad market, offer to do all the work in an old property as they are a handyman, make up a fictitious real estate agent and the contact number is answered by machine, they are currently staying in a hotel, they offer to pay 6 months in advance.
~Jen Hanna

“You’ll look me up, and it’s bad but I’m not dealing anymore.”
~Dave Schmarr

Their proof of address is their methadone program and photo ID is a photocopy of a photo of herself saying this is her.
~Alexandra Haggarty

“I don’t have any references but…”
~Jarrod Glover

When you say you can’t help them because they are listed on TICA and then they come to your office threatening to kill you, then they go to the property they applied for without permission, see the owner there, they cry and say they need a place desperately and the owner gives them approval to their face, then calls me and asks me to organise it all.
~Melly Linda

When they use an overdue bill as a supporting document to their application.
~Nathan Clarke

They ask if prison ID is counted as 100 points.
~Jasmine Lee

When they have played around with their bank statement to try to make it look good & the dates they put on it are months in the future that haven’t even happened yet or they put their application under the wrong office door then abuse the receptionist for not finding it.
~Melinda Flanagan

On their tenancy application form -‘You can call the local cops at the station for a character reference if you want; they’ve got to know me quite well over the years.’
~Mandy Hedges

When they list more than one available property on the application form, because they don’t care which one they get, they just need one because of all the reasons above.
~Kelly Seaton

They give you a copy of their jail release as proof of identity!
~Sarah McDonald

All supporting documents show they haven’t paid the phone bill, electricity bill or Foxtel bills, the rental ledger shows arrears and breaches and you were told they will treat the property as if it were their own.
~Charlene O’Sullivan

When they have all their worldly possessions packed tight in (and on) a 1970 unregistered station wagon and can move in immediately and then proceed to urinate in front of you in the front garden.
~Jenni Packard

They come to the viewing in their “onsie” at 3.00pm!
~Helen Keoghan

When they can’t provide photo ID because they have lost their license so to prove their identity they have a letter from child support with $5k of arrears, a letter from synergy advising of legal action due to non-payment and a letter from a debt collection agency! That application got pinned on the wall to give us a giggle when we were stressed.
~Tia Cornwell

When they send you a lovely long email of items they want fixed, updated, renovated or changed PRIOR to them moving in- sometimes (even better) before they’ve applied! Quality tenant right there!
~Madeline Beatty 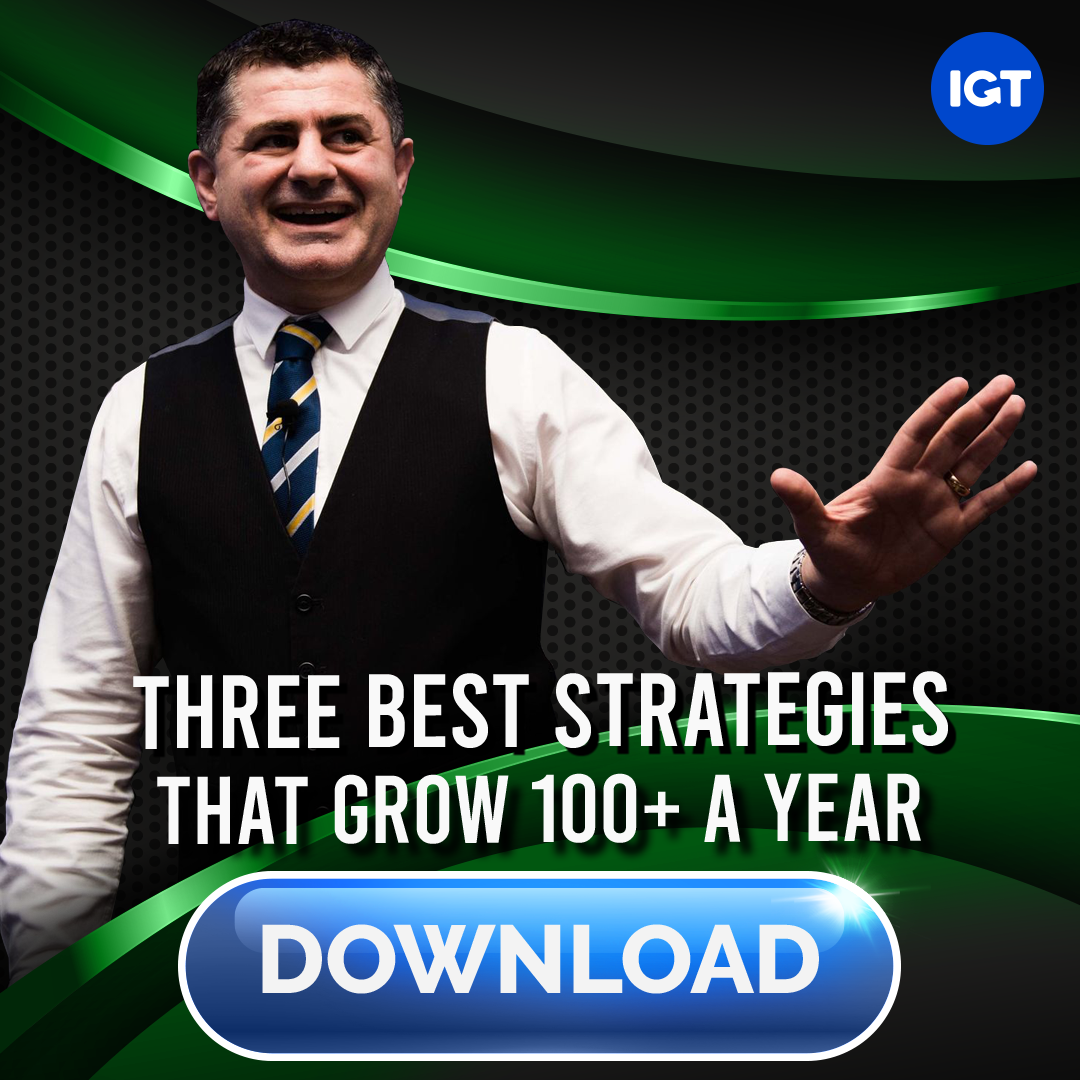